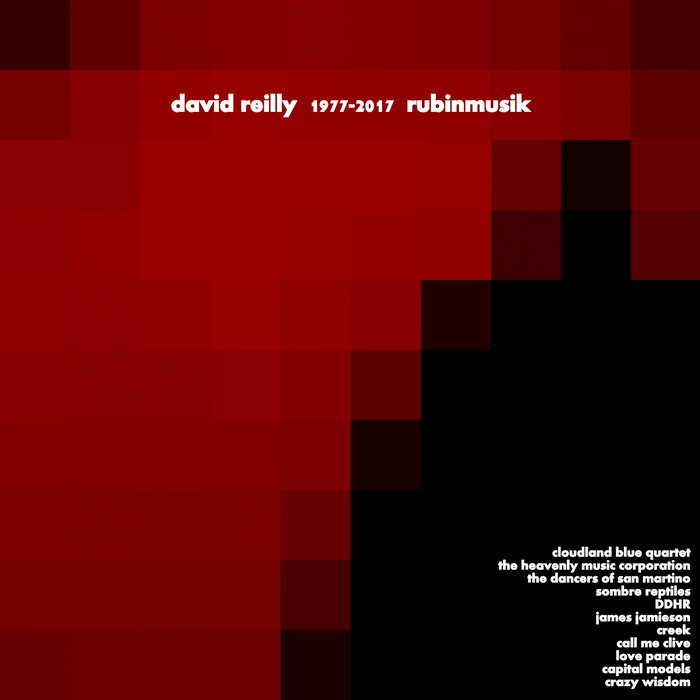 CHRISTOPHER ELY Congratulations to David Reilly (CBQ) on his release of this stunning and very comprehensive retrospective. It is a testament to a 40-year history and evolution of - and devotion to - his particular genre of musical deep exploration. It is a 'crime' that music of this beauty and innovation is not known (YET) to a much wider audience and heard in many a TV or film soundtrack.

with, in order of appearance

Compilation, editing, remixing, remastering, production and artworks by David Reilly, May 2016 to December 2017.

"A huge thank you to everyone with whom I've collaborated over the last 40 years on various musical projects, many of which, sadly, have not been able to be included on this anthology."